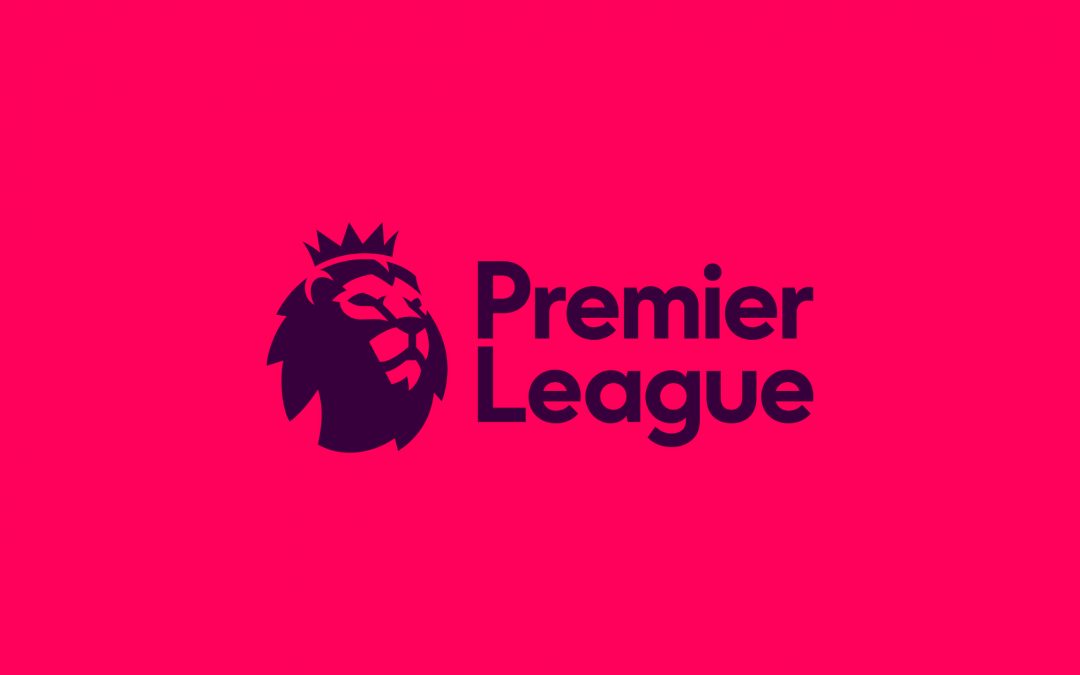 The final international break is out of the way and it is now full steam ahead until the end of the season. Sir Alex Ferguson famously referred to this part of the season as “squeaky bum time.” The race for the championship is down to Lancashire giants Liverpool and Manchester City. Whilst the battle for the Champions League is between London heavyweights Tottenham, Arsenal, Chelsea, as well as another Lancashire club, Manchester United. All 6 clubs are still involved in European competition which is going to further complicate matters. Strap yourselves in for what will surely be a roller coaster ride.

The Premier League has become the holy grail for Liverpool and their supporters. Ask any Liverpool supporter which trophy they want to win between the Champions League and the Premier League and you’ll get one answer, the Premier League. And that’s because the last time The Reds won England’s biggest trophy was in 1990 when it was still known as the First Division. It’s taken Jurgen Klopp nearly 4 years to put this team together, and in December it looked as though the Merseyside unit was destined to end the clubs wait for a first Premier League trophy when they led Manchester City by 10 points.

But a series of draws have meant that 1st place is currently out of their hands. The swashbuckling all-action style of football we’ve become accustomed to seeing has somewhat diminished as Liverpool try to keep up with the juggernaut that is Manchester City. The goals have been hard to come by recently for last seasons top scorer Mo Salah. Now more than ever Salah needs to reproduce last years form. But Liverpool’s key player this season has been a defensive one, Virgil van Dijk. Van Dijk will surely be on the shortlist for Player of the Year. In a couple of weeks, Liverpool supporters will find themselves in the difficult position of having to support arch-rivals Manchester United when City visit Old Trafford.

The 2 biggest pitfalls remaining will be Spurs and Chelsea, both of whom have to travel to Anfield. It is incredible that Liverpool might not win the league despite only losing 1 match this season. In the Champions League, Liverpool are expected to progress against Portuguese outfit FC Porto, where a semifinal against United or Barcelona awaits. Whatever the outcome, Liverpool supporters are guaranteed some nervy moments. With all that being said, immortality awaits this group of players should they win the Premiership.

After a slight blip during the festive season, Pep Guardiola’s City seems to be kicking into gear at the right time. City are currently chasing an unprecedented Quadruple. The Carabao Cup has already been secured after beating Chelsea on penalties. They will face Brighton & Hove Albion in the FA Cup semifinal and drew Tottenham in the Champions League Quarterfinal. But make no mistake, Guardiola and his players are just as determined to retain the Premier League.

Something that hasn’t been done since Manchester United in 2009. It’s incredible that City are in this position considering they’ve missed Benjamin Mendy, Vincent Kompany, Fernandinho, and last seasons player of the year Kevin de Bruyne for significant portions of the season. It’s the smaller players, Raheem Sterling and Bernardo Silva, who’ve come to the fore. Sterling, in particular, has been different class this season. I don’t think the Citizens will do the Quadruple, but I wouldn’t bet against them.

What to make of Tottenham’s season. It seems every time they get a mention as title challengers, they conspire to find a way out of the title picture. Some Spurs fans fear it’s the Harry Redknapp curse that’s struck. Redknapp was linked to the England job following the departure of Fabio Cappello, whilst he was the manager at White Hart Lane. It was no secret Redknapp wanted the job. But once speculation began, Spurs form took a nosedive, which eventually led to the club missing out on the Top 4. The England job was awarded to Roy Hodgson. In December, following an impressive 6-2 win at Goodison Park against Everton, Tottenham were 6 points behind Liverpool and 13 points ahead of 6th placed United.

Then Jose Mourinho lost his job as Manchester United manager, and then speculation regarding Mauricio Pochettino’s future became the talk of the town. Every press conference there were questions about the possibility of the Argentinean becoming Manchester United’s next manager. Back to back home defeats to Wolves and United, and more recently consecutive defeats to Burnley and Chelsea have seen Spurs sitting 15 points behind leaders Liverpool, and now involved in a dogfight to maintain their place in the top 4. In amongst all that, Spurs were knocked out of the Carabao Cup and the FA Cup in the space of a week leading to Pochettino’s controversial comments that trophies only serve to inflate a coaches ego and that he’s only interested in finishing in the Top 4. Still, Spurs fans will be hoping Poch is still their manager next season. And with good reason.

Tottenham are punching above their weight class. They are not on the same level financially as their top 6 rivals. And yet, year in year out, they finish in the top 3. Spurs are potential kingmakers as they have away fixtures against Liverpool and City. But Spurs focus isn’t on doing anyone any favours, but trying to stop their slide out of the top 4. Tottenham did not sign any new players in the offseason or during the January transfer window, a key factor in their squad being spread thin for spells, also a reason I feel, that the Lilywhites will drop another place on the log. Questions regarding Pochettino’s future will continue. Not just about Manchester United, but also Real Madrid. Their supporters will hope the move to their new stadium, which looks amazing, will bring an upswing of their form. Otherwise, we could see a return of Spurs fans worst nightmare, St Totteringham Day.

One can joke that Arsenal are sitting in familiar territory, but Arsenal manager Unai Emery deserves credit for the job he has done thus far. Arsenal have exceeded expectations. #WengerOut has become #KroenkeOut. And with no more fixtures against the top 6 for the rest of the season, Gunners fans will fancy their chances of finishing in the Champions League spots. Arsenal are in the quarterfinals of the Europa League, where they’ve been handed a tough draw against Italian club Napoli. The concern for Arsenal is their defense, it is unreliable and somewhat of a hangover from the Arsene Wenger days. But the win over Manchester United will have done wonders for the confidence of the North London outfit. Do Arsenal have the depth in their squad to chase on 2 fronts? Time will tell. But Emery seems to have the fickle Arsenal fans on his side. For now.

United’s season so far can be broken down into 2 parts. Mourinho and Solskjaer. Where did it go wrong for the Special One? A good place to start is the July transfer window, where Mourinho’s search for a central defender almost reached comical levels with United being linked with every name under the cold European sun. Mourinho was clearly unhappy with what he felt was a lack of support from Chief Executive Ed Woodward. The club announced a deal with Chivas Regal one day before the transfer window closed which further complicated matters and incensed United’s massive fan base.

To make his point, Mourinho would play Scott McTominay and Ander Herrera in defense at varying times. United conceded 3 goals in each match. But it was the manner of performances that began to turn the tide against the Portuguese tactician. United were outplayed in draws at home against Crystal Palace and Wolves. In a 3-1 defeat against City, United were on the wrong end of 44 pass move for the 3rd goal in with no Red Devils player getting anywhere near the ball. But the final straw was the defeat against Liverpool, so hopelessly outclassed it reminded older United fans of the dark days of the 80s. It didn’t help Mourinho that he benched Paul Pogba for the entire 90 minutes. Solskjaer’s appointment was met with universal optimism from United fans, but skepticism from the football writers after his disastrous spell with Cardiff City 5 years ago.

The improvement in form was immediate, leading to questions about players downing tools under the previous manager. Pogba seems like a player reborn. No more questions about his exorbitant transfer fee and comments about his hairstyles have all but disappeared. Under the Norwegian United have closed the gap on their top 4 rivals, and includes impressive away wins against Arsenal, Tottenham, Chelsea, and PSG. Meaning the question is when and not if Solskjaer will be made permanent manager. But has the bubble burst after recent consecutive defeats? A question that could possibly be answered by Lionel Messi and the Catalan giants Barcelona. It has been a difficult season for United supporters watching their 2 biggest arch rivals fighting for the Premier League whilst another hated rival Leeds United is pushing for promotion back to the Premier League. But Ole Gunnar Solskjaer and Mike Phelan have brought the smiles back to the United faces.

I could devote an entire article to the current situation at Chelsea. And it all began so well. 6 wins from 6 matches had the Chelsea fans loving Sarriball. The style of football attributed to former Napoli manager Maurizio Sarri. With new signing Jorginho, also formerly of Napoli, pulling the strings on the field. But their first defeat of the season at Wembley against Tottenham proved to be a revelation for the rest of the Premier League. Shut down space around Jorginho, and you stop Chelsea from playing. This has been clear as daylight, but Sarri has persisted with Jorginho (whilst playing the best defensive midfielder in the world, Kante, out of position)and his rigid 4-3-3 system, and the predictable substitutions, much to the annoyance of the Blues faithful.

Humiliating away defeats against Bournemouth and Manchester City have heaped pressure on the Italian. The Kepa affair in the Carabao Cup Final further undermined Sarri’s authority. Plus trips to Anfield and Old Trafford are on the horizon. The bad news doesn’t stop there. FIFA have imposed a transfer embargo that covers the next 2 transfer windows. The embargo is currently under appeal. Fortunately, the transfer of American teenager Christian Pulisic from Borussia Dortmund is not affected, due to the signing being completed in the January transfer window. Chelsea’s best player Eden Hazard seems to have an eye on a move to Real Madrid. Whilst the clubs most promising youngster Callum Hudson-Odoi is stalling on a new contract with Bayern Munich already having bids turned down.

Should Chelsea’s appeal be turned down, this could force the club to finally look towards the much vaunted Chelsea Academy with the likes of CHO and Ethan Ampadu leading the way. Adding to all of this is owner Roman Abramovich’s Visa issues, and plans for a new stadium have been put on hold. But Chelsea do have a Europa League Quarterfinal against Czech team Slavia Prague to look forward to. And will fancy themselves to go all the way and win European club football’s second biggest prize.