The most expensive beer in Joburg!

Over the December holidays I was having a few beers with a couple of mates, when one of them mentioned the great time he recently had at the Beer House in Fourways. With over a 100 ales, lagers, ciders, blondes and more on offer, the Beer House has the largest variety of beer on offer in Africa (if you haven’t been down to the Beer House, you should make a turn).

But, what really sparked my interest was when this same mate told me that the Beer House had a beer on its shelves which retails for R400 (and it’s a 330 ml bottle). This luxurious little number is called the Black Tokyo Horizon, and I knew, at that very moment, our paths would need to meet very soon.

R400 for a bottle of beer is ludicrous, right, but that’s exactly what the attraction was for me.

My initial thoughts were,  “What could justify paying R400 for a bottle of beer? Why the hell did they call it the Black Tokyo Horizon?  What does it taste like?”

Black Tokyo Horizon is brewed by a Scottish brewery Brew Dog and is a fusion of three signature stouts ( Nogne’s Dark Horizon, Mikkeller’s Black and Brew Dog’s Tokyo). Three premium stouts and one crazy idea rammed into one bottle.

I arrived at the Beer House on Saturday afternoon and the first thing the waiter did was warn me that the last couple of guys who ordered the Black Tokyo Horizon (they don’t sell many) didn’t manage to finish it. What I think  he was trying to intimate was, “Dude, if you order this thing and crack it open, you ain’t returning it. Not at R400 per bottle!”

But now my interest was seriously tweeked and I sent Max off to pick up my beer.

Black Tokyo Horizon is served at room temperature  in a pretty cool box (first time I’ve had a beer served in a box). Crack open the bottle and a faint whispy smoke welcomes you to the party. This isn’t a beer you chug down, not at more than R1 per ml, so it’s served with a very neat sipping glass, which just seemed to enhance the overall experience.

As I poured the beer out, I noticed the consistency and colour. It was syrupy and as black as the ace of spades.

The first sip blew my hair back (and I might have actually flinched a little). I’ve had a few stouts before, but this is unlike anything I’ve drunk before. This was the “Grand Meister” of stouts. The stout to beat all other stouts!

What did it taste like? A super-dark rich malt with chocolate, plum and coffee undertones and also a hint of soya (or something similar). Bloody tough and really pleasant at the same time. That’s the only way I can sum it up.

Was it worth it? Well, I’ll never pay more than R50 for another beer in my life again, but shelling out for what really was an experience, was well worth it.

Black Tokyo Horizon is not a beer, it’s an experience. It just so happens the experience costs R400 and comes in a 330 ml bottle.

What’s the most you’ve ever paid for a beverage (locally or abroad)? Was it worth it? Leave your comments below. 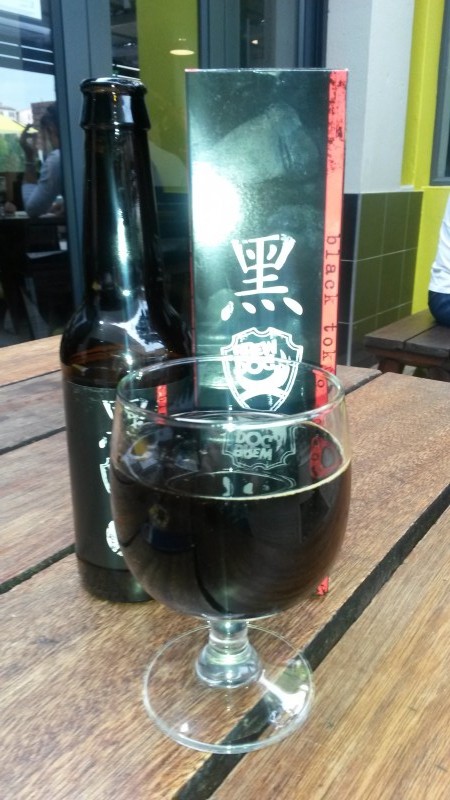