What can the guy who empties septic tanks teach us? 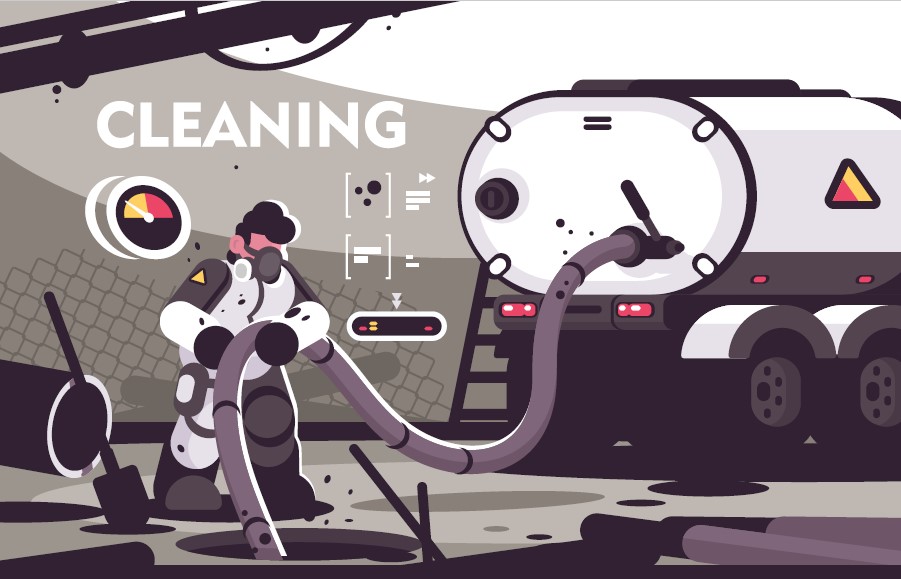 Have you ever heard of a chap by the name of Mike Rowe?

He has a TV show called Dirty Jobs. The guy is always up to his knees in raw sewerage, cleaning septic tanks, and emptying the occasional pig trough. Mike does the type of work most of us wouldn’t ever consider doing 🙂 So why bring him up? A couple of years ago he spoke about not following your passion but rather looking for opportunities. Truer words might not have been spoken, especially for all of us living in South Africa.

If you get a gap, watch this short video clip here.

Basically, what he’s saying is that you might be incredibly passionate about something, but when it comes to occupation, he says forget about following your passion and rather look for the opportunities. It’s then that you’ll quite possibly discover your passion for the work.

It’s an interesting take on things. Most of us are led to believe (at least nowadays) that following your passion is the holy grail. Look inside and focus on the thing that makes you the happiest, then everything will fall into place.

Maybe for a lucky few.

The rest of us are asking the following question:

“So is talent, passion or opportunity more important?”

There’s a lot to be said for talent. Mozart had bags of natural talent, as did the legendary Michael Jordan. If you follow football, it’s tough to argue that Messi and Ronaldo aren’t naturally gifted athletes. Sure, they probably work their socks off on the training ground, but these guys are unbelievable at what they do and seem to be able to keep going, while others fall by the wayside.

The problem with talent is that it’s easy to identify in sports and the creative arts, but how will you ever know whether you’re a talented surgeon until you start practicing? And what do you do if you find out you’re not?

You might be a talented driver but that doesn’t automatically mean you’ll have the same opportunity as Lewis Hamilton, for instance. It takes talent and lots of luck to get to that sort of level. Of course, another word for luck is opportunity.

Elon Musk – Nobody on earth is more passionate about the idea of everyone in the world being able to drive an electric car in the future. In a recent 60-minutes interview he made a startling revelation. Did you know that the blueprints for making a Tesla car are available on the internet? That would be like Coke throwing up their secret recipe on Wikipedia. When pressed about how that helps Tesla, he said it doesn’t. But if someone can make a better electric car than he can, then everyone around the world wins. By making everything Tesla knows available, Mr. Musk is hoping that someone out there can pick up his vision and perhaps drive it further than he has been able to do.

What a radical idea. Born out of nothing but a pure passion to realise a dream.

But it’s fair to say that Elon is a talented guy from South Africa who probably saw a gap and shot straight through it.

Which brings us to opportunity…

Phillip has a talent for crunching numbers. He’s thinking of becoming an accountant because he’s heard the pay is good and that the boss is usually an accountant. So, off he heads to university. He, along with hundreds of other equally talented students, begins his studies.

Ralph, on the other hand, isn’t particularly good at anything, or so he thinks. At least anything he can turn into a career right now. He decides to become a panel beater because, well, there isn’t a reliable transport system in South Africa & most people commute to work and back. More cars mean more accidents which means more opportunity.

Ten years later and Phillip is working his way up the corporate ladder. Right now he’s at middle management level and things are looking ok. But not much better than ok.

Ralph caught the car wave at just the right time. After qualifying as a panel beater, it wasn’t long before his work ethic was noticed by his boss. Long story short, Ralph was offered a partnership, managed to build a solid reputation in the industry, and eventually bought out his partner.

Ralph now has managers running his two shops and he has discovered a passion for sixties music and travelling. Talk about passion versus opportunity!

How many of us spend years of our lives trying to identify the one thing we’re truly passionate about, only to miss the opportunities passing us by?

We don’t know what the secret formula is. Is it talent + passion or talent, passion + opportunity or perhaps opportunity only.

Truth is, most of us get stuck in jobs just to pay the bills, while we search for our passion, and by the time we find our passion, we’re stuck in the comfort zone of our job that we don’t really like.

As Mike Rowe says: Never follow your passion, but always bring it with you.

Don’t miss the opportunities. I guess that’s the take-home here 🙂

We would really like to hear your thoughts on this. Please leave them in the comments section below or on our Facebook page.