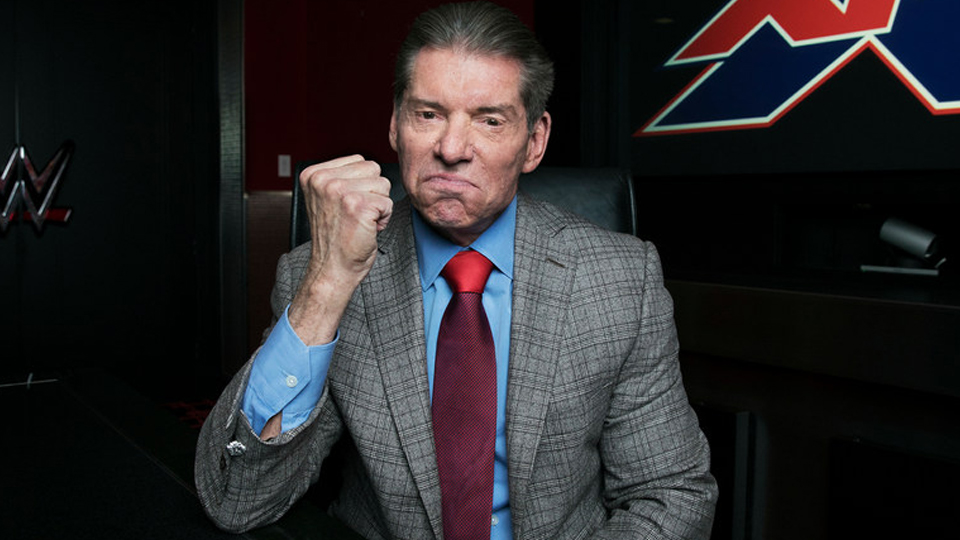 Over the last 40 years, Vincent Kennedy McMahon has built a sports entertainment juggernaut. World Wrestling Entertainment (WWE) is by quite some distance, the largest and most successful professional wrestling company in the world. But the path to billionaire status has been far from straightforward.

Risks, betrayal, hostile takeovers, lawsuits, death threats, a burning desire to succeed, have all been par for the course. Vince McMahon’s life reads like a telenovela, he the J.R. Ewing who has made as much money as he has enemies. To advance a storyline, nothing is off-limits for Vince. Even his own family is fair game. But failures aren’t excluded on the McMahon menu. As evidenced by the downfalls of the Xtreme Football League(XFL), and World Bodybuilding Federation(WBF). And over the years, McMahon hasn’t been shy of self-deprecating either.

Undoubtedly one of McMahon’s most embarrassing moments came at the 2005 Royal Rumble. Attempting to sort out the botched finish between John Cena and Batista, McMahon tore both his quads as he stepped into the ring. Which meant he had to mediate the situation whilst seated like a toddler.

A significant part of McMahon’s legacy has been WrestleMania. An annual extravaganza that is the biggest date on the WWE calendar. For aspiring wrestlers around the world, WrestleMania is the pinnacle of the business. Much like playing in a World Cup Final or receiving an Oscar nomination. WrestleMania is often the culmination of many storylines or feuds, some years in the making, others decades in the making.

This year’s edition was like no other. It was the first time that “the granddaddy of them all” took place over two nights. But that wasn’t the only reason history was made. WWE hasn’t been immune to the effects of the Coronavirus pandemic. Over the last several weeks, WWE’s three weekly shows: Raw, Smackdown, and NXT have taken place at the WWE Performance Centre in Orlando, Florida with no live audience.

We can debate the morality of such a decision until the cows come home, particularly in this uncertain period, when social distancing is our only shield against contracting Covid-19. This is Vince McMahon, remember. This was the first WrestleMania ever to take place behind closed doors. WrestleMania 36 was originally scheduled to be hosted in Tampa Bay, Florida at Raymond James Stadium with an expected sell-out attendance of 75 000 people. But the WWE Performance Centre was the setting of the showpiece event of the year.

WWE got creative with some of the matches. The Boneyard match featuring AJ Styles and The Undertaker was an incredible cinematic experience. And the Firefly Funhouse match between John Cena and Bray Wyatt was…… man I don’t know even know how to explain it.

WWE has received assistance in keeping business open from Governor of Florida, Ron DeSantis, who has controversially designated WWE an essential service. Vince McMahon’s motto is: “controversy creates cash.” Just kidding. But it should be. Adding fuel to the proverbial fire, the company has undergone a talent cull. Which seems unacceptable for a financial powerhouse like WWE. Numerous wrestlers have been released and are now out of a job. Vince McMahon is nothing if not ruthless.

The art of wrestling

Professional wrestling has often been derided as being “fake” by its many detractors. Cheap entertainment for the uneducated mob. On some levels, there’s merit to this argument. Pro wrestling isn’t a sport, nor does it claim to be. It’s entertainment. Theatre at it’s finest. At this point in your life, your mind is likely made up whether you love pro wrestling or you dislike it. I’m not here to convince you one way or the other. Or try to pull the wool over your eyes, and tell it’s real.

But perhaps after reading this article, you’ll appreciate the fact that this may not be real, but you can respect the people who are involved in the business, and lay their bodies on the line for entertainment purposes. Men and women pouring their heart and soul into their life’s work in front of a live audience with no do-overs and very little room for error. And while this isn’t a sport, these are athletes. They train like athletes, eat like athletes, and look like athletes. As evidenced by the number of wrestlers who have graced the cover of fitness magazines in the past.

Many current and former wrestlers have excelled at the highest levels of sports. From Olympic Gold Medallists to UFC Champions. Like any stage play, there’s the villain of the piece, the protagonist, romance-ish, clowns (literal and figurative). Greed, betrayal, and family feuds. A Greek tragedy that unfolds right before our eyes. Pro wrestling is the most compelling soap opera on tv.

And the storylines vary from the innovative to the outrageous. WWE must be doing something right, after all, they’ve been selling out arenas around the world for almost 40 years. But where pro wrestling differs from traditional theatre, it allows for interaction with the audience (breaking the 4th wall), that can often dictate the direction of a character or a storyline. Audience participation is such a huge part of pro wrestling.

But there is a dark side to pro wrestling, some of which is highlighted in the Mickey Rourke movie, The Wrestler. Too many former and current wrestlers have succumbed to alcohol or drugs. Others have taken their own lives. Satirist John Oliver also did a scathing piece on the WWE and Vince McMahon and it’s the treatment of its athletes.

As a wrestler, you really have to love the business, because you can spend up to 250 days out of the year traveling on the road. That doesn’t leave much room for a stable home life. Learning to become a pro wrestler is an incredibly difficult process. You need to learn the different spots, how to call a match. How to sell your opponent’s offensive manoeuvres without hurting yourself, learning to take a bump, and beating up your opponent without actually hurting them, whilst at the same time making it all look very real to the fans.

And of course, a personality plays a vital role in the success of a wrestler’s career. You need a unique look that will set you apart from the herd. Think of larger than life characters like The Ultimate Warrior, The Rock, Shawn Michaels, The Undertaker, who got by on their magnetic personas alone.

An excellent explanation of learning the art is by one of the all-time greats of the business, Ric Flair,  from the must-watch documentary, ESPN 30for30: Nature Boy

“hang up a string in a doorway, and I hit that string as hard as I could for 3 years until it didn’t move.”

Part 2 of this long series of articles will follow shortly.