What makes that Springbok World Cup win so remarkable? 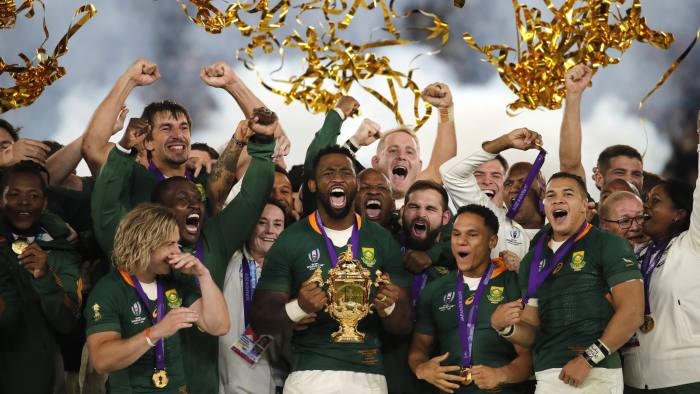 We did a post a short while ago on how the Springboks were finally on the right track but to be honest I don’t think many people truly expected us to go all the way and win the World Cup, and with relative ease.

Nobody can argue that South Africa isn’t in a particularly great place at the moment and although this World Cup win certainly isn’t going to solve all of our problems, the one thing it did do was bring us together for a change. I’ve seen all 3 World Cup wins but this one, in particular, was something special. I’ve never seen a country come together like that, all ages, races, absolutely everyone. The question is, why is it only on occasions like this? The rest of the time we are divided by politics, but that is a topic for another day.

It was only a couple of years ago when Springbok rugby was in real trouble. We had no structure, no vision and most importantly no team cohesion with Allister Coetzee at the helm. When Rassie came in it was a complete mess! We were down to 5th or 6th in the world rankings but he had a vision of where he wanted us to be for the World Cup, and clearly that vision was spot on.

In the initial stages, you could see distinct improvements in how we were playing, we didn’t always get the desired results but you could see there was something different there. It seemed like Rassie was being given free rein, without any political intervention for a change & the ironic thing is, there are loads of players of colour in the Springbok squad all of which 110% deserve to be there.

In my opinion, what made this World Cup win so remarkable and sets it aside from the rest was the fact that so many of the teams that weren’t particularly strong in previous World Cup’s, were much stronger this time. Ireland, England, Wales, France & even Argentina were much stronger outfits than in the previous 3 World Cups, with the possible exception of Australia. New Zealand were obviously the favourites & I expected that if we did reach the final we would meet them but they got stopped by an unbelievably good English side who played an incredibly good, tactical game of rugby on the day.

In the final against England, they went in as favourites based on the form they had shown & their massive win over the All Blacks but we knew the Boks were going to bring their A-game and make it very difficult for the English. However, nobody could have expected the domination that unfolded. The Boks were incredibly dominant in the forwards, absolutely destroying them in every scrum. Our game plan was perfect, we pinned them back in their half for large spells of the first half, forcing penalties and Pollard’s kicking was exceptional. Everyone was expecting a come back from England in the 2nd half but we stuck to our guns & one of the pivotal things for us was that we had such a strong squad, particularly in the forwards. We were able to bring on an entire forward pack, all of which could easily have been starting. It is one of the stand out things that Rassie did this World Cup, rotation. Obviously our players are very fit but with the strength in depth, it allowed our players to be fresh and only have to play 40-50 minutes of intense rugby at a time. England didn’t have that option, which was the decider in my opinion. They’re probably still wondering what happened in that final, we completely shocked them from the first minute. Those 2 tries at the end capped off what was an astonishingly good game of rugby from the Boks. They saved their best for last!

Rassie is stepping down as coach but will be the Director of rugby so I believe Springbok rugby is in good hands for the foreseeable future!

What are your thoughts on the Springboks and the World Cup as a whole, we’d love to hear from you!